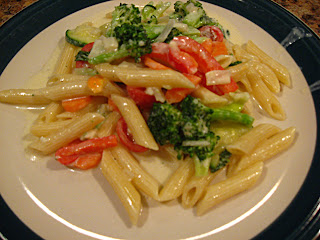 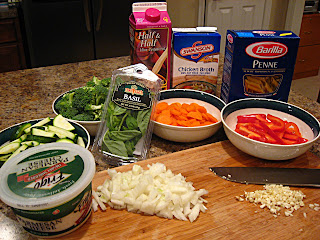 I invented this dish many years ago by heavily modifying a Fettuccine Alfredo recipe I have.