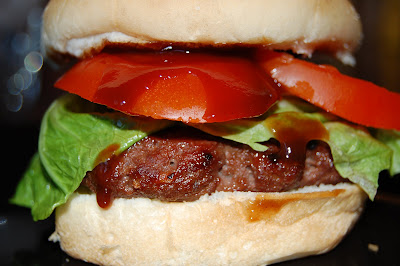 In case you’re wondering, that burger really did taste as good as it looks.

I was contacted recently by the good folks at Country Bob’s All Purpose Sauce asking if I would be willing to try the sauce and give a review. Of course, I said yes and they sent me two bottles of the sauce in the mail along with several recipes. World’s Best Burger caught my eye and I had to see if it lived up to the name. Burgers also provide a great excuse to eat french fries, which tasted great dipped in Country Bob’s All Purpose Sauce.

I’d never had Country Bob’s All Purpose Sauce before, but the packaging looked familiar. The sauce is sold in various groceries around the country. In my town, I found it at Walmart and Kroger.

Country Bob’s Sauce has a smokey, sweet, slightly tangy taste. It added so much flavor to the burgers. My husband, oldest son and I liked dipping our fries into the sauce, but the two younger kids found that a bit too tangy for them. The sauce is thinner than barbecue sauce, but full of flavor. 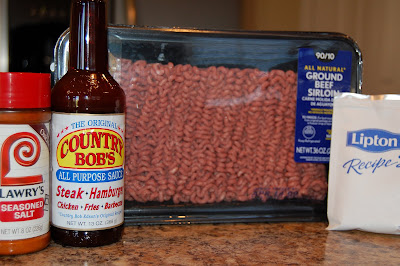 2 1/2 lbs. ground sirloin (I usually use a cheaper ground meat, but the sirloin was really good)
1/2 package of Lipton Onion Soup mix
3/8 cup Country Bob’s All Purpose Sauce (I didn’t measure this exactly, but used slightly less than 1/2 cup)
1 Tbs. seasoned salt (Country Bob’s also sells this, but I couldn’t find it in Walmart so I used Lawry’s. After trying the sauce, I’d like to try the seasoned salt too.)

Combine all the ingredients and form into patties. Grill and top with extra Country Bob’s Sauce. 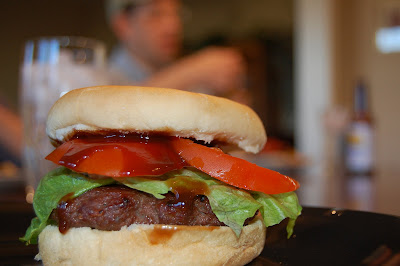 Giveaway!
The people at Country Bob’s All Purpose Sauce are going to give away 2 bottles of sauce to 2 different winners. All you need to do to win is leave me a comment. I’ll pick 2 winners on Friday. I’ll also share the recipe for Country Bob’s Pickin’ Food on Friday. It’s a good thing I took pictures, because it sure didn’t last long.