I love cheese.  Recently, I’ve encountered people who say they are embarrassed to admit they eat cheese.  I say that’s crazy.  I refuse to be embarrassed by my fondness for cheese.  Life’s too short to waste time on such a small thing.  Besides, there are many other things I could choose to be self-conscious about.  Cheese is just not worth it.

On that note, let’s enjoy these cheeses together!  END_OF_DOCUMENT_TOKEN_TO_BE_REPLACED Oh, my merciful heavens!  This was so very delicious.

Inspired by the grilled zucchini and a container of gorgonzola cheese, I quickly pulled this together for dinner one night.  Five of us were home to eat and we all loved it.  My oldest daughter worked late and came in after we had gone to bed.  She scrounged in the fridge and found the leftovers.  She said she ate some cold before she realized it was meant to be served hot, but it tasted good both ways.

I also used homemade seasoned salt in this dish.  If you haven’t made any of it yet, please take a couple minutes to stir a batch together.  Your taste buds will thank you.

END_OF_DOCUMENT_TOKEN_TO_BE_REPLACED I was contacted recently by the National Cattlemen’s Beef Association.  They have asked several bloggers to be part of “It’s What’s for Dinner Wednesday” challenge.  Each week in September NCBA will share a recipe on their facebook page and the bloggers will create the recipe at home  (or our version of it) and share it on our blogs.  You can also participate and enter to win a cool prize pack from the NCBA by visiting the facebook page.

The recipe this week is Cajun Southwestern Salad.  The original recipe can be found here.  I will say that I altered the recipe quite a bit.  I had a couple reasons for doing this.  First, I have a bunch of grape tomatoes that my sister-in-law gave me and I needed to use them.  Second, the original recipe called for figs and blood oranges.  I wasn’t at all sure I would be able to find those ingredients.  Besides, the closest I’ve ever gotten to a fig is in a Newton.  So, I’ve altered the recipe for the average, non-adventurous family.

END_OF_DOCUMENT_TOKEN_TO_BE_REPLACED 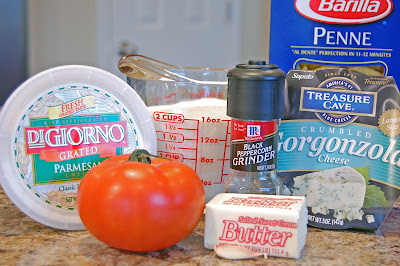